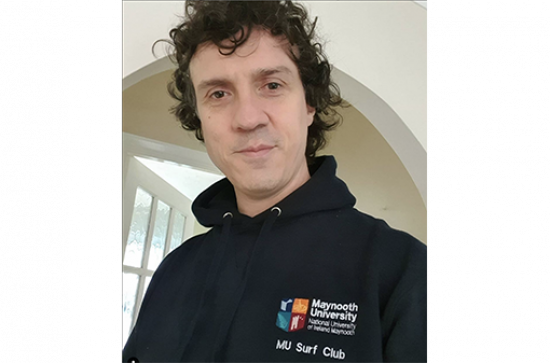 It's not a Chase it's a Marathon: From Rathcoole to Oxford and ITVs The Chase via Maynooth University

Darragh Ennis studied General Science in Maynooth University after completing his Leaving Certificate in Holy Family Community School, Rathcoole, Dublin graduating with a BSc in Biology and a PhD in Ecology.

In this talk he will talk to students about his marathon from his Leaving Certificate days and what led him to where he is today. The talk will emphasise the challenges faced along the way as well as the opportunities that have arisen from choosing a science-based study and career path. The talk will cover:

This inspirational talk will appeal to many – from the highs to the lows of life after the Leaving Certificate and how hard work and some luck can lead to a varied, interesting, and highly rewarding career.

About the Speaker: Darragh Ennis was born in Dublin and grew up in Rathcoole. He studied at Maynooth University, graduating with a BSc in Biology in 2003, and a PhD in Ecology in 2008. After completing his doctorate, he worked as a biomedical scientist at ICON plc for a year before undertaking postdoctoral research at Concordia University in Montreal, Canada from 2010 until 2013. Since 2013, he has worked as a lab manager and postdoctoral researcher at the University of Oxford, where he specialises in researching the brains of insects.

In 2017, Ennis was a member of a winning team on The Chase. The team performed well and defeated Paul Sinha in the final. Darragh’s performance made an impact as soon afterwards he was contacted by the production team to audition for a job on the show.

In April 2020, Ennis was announced as the sixth chaser on The Chase, alongside Mark Labbett, Shaun Wallace, Anne Hegerty, Paul Sinha and Jenny Ryan. His Chaser-debut episode was aired on 19 November 2020. His debut brought in 4.9 million viewers, making it the most-watched episode of The Chase ever at the time.

Audience:  The talk is suitable for students in TY, 5th, and 6th years, teachers and Guidance Counsellors.

Students and teachers can send any questions they have for Darragh in advance to admissions@mu.ie that they would like answered on the day.